Rob retired as CEO of JSE listed Texton Property Fund Limited (formerly VPIF) in mid-2015 which he started in 2006 and then listed on the JSE in 2011. Since inception, Rob grew the fund to an asset value of R5.5 trillion comprising 350,000m2 of commercial, retail and industrial buildings throughout South Africa. In 2014 Rob diversified the business offshore and the fund had 25% of its asset base in the UK. In the same year, he concluded a BEE transaction placing 26% of the listed shares in black hands.

Rob sits on the South African Property Owners  Association Board for the Western Cape Committee and is an occasional lecturer at UCT.

Rob holds a B.Sc. Civil Engineering degree from UCT and an MBA from Bath University, UK. 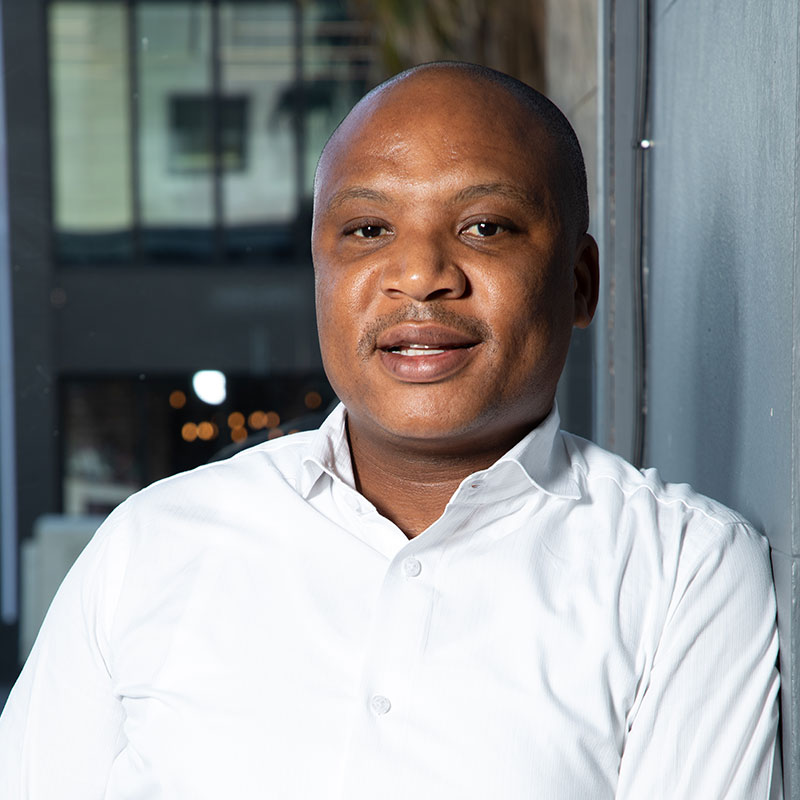 John Oliphant is currently the Executive Chairman of Third Way Investment Group, a BEE financial advisory and investment firm. John is also a Director and the Chairman of Third Way Investment Partners and All Weather Capital, which has combined assets under management of R8 billion. He is the former Principle Executive Officer of the Government Employees Pension Fund (GEPF), with assets of more than R1.5 billion (US$120 billion). Working closely with the Board, he managed to double GEPF's assets in less than five years during the most challenging economic environment in recent history.

John also served on several key strategic industry initiatives, including being a member of the PRI Advisory Council and Chairman of the Code for Resonsible Investing in South Africa (CRISA) Committee. John helped establish the CRISA, which is hailed as one of the best in the world. This contributed to him winning an Industry Person of the Year award in financial services in 2021. He was also recognised by the Mail and Guardian as one of the Top 200 Young South Africans in 2012 for his contribution to the world of pensions. In 2013 he was named Africa's Top Emerging Leader by Africa Investor. 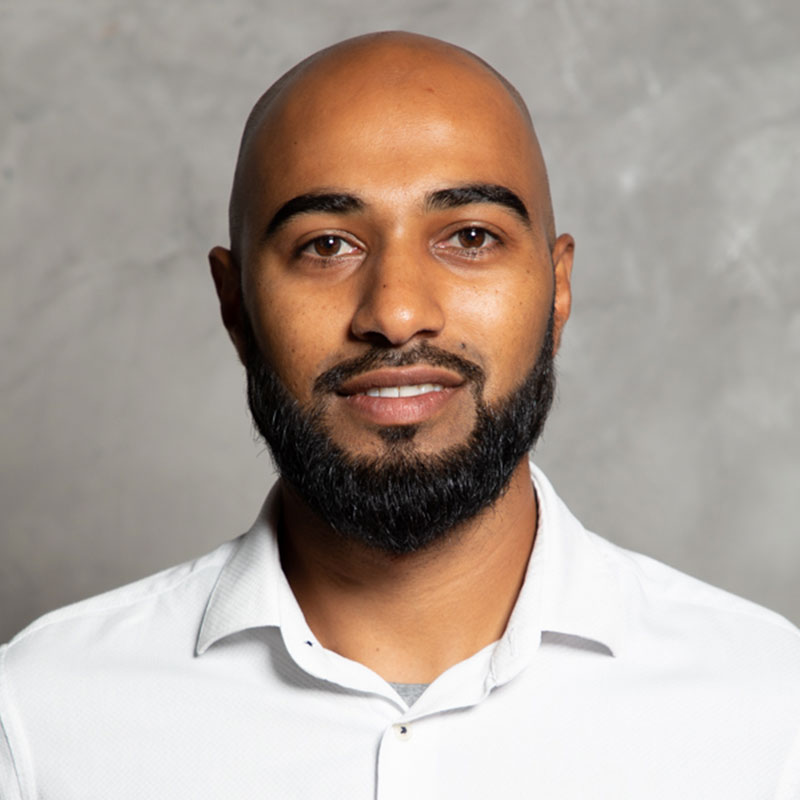 Fayaz brings a wealth of property and financial knowledge to Boxwood, which was accumulated over a 14 year career before joining Boxwood in September 2019.

Fayaz spent the first 6 years of his career honing his skills as an accountant at 2 accounting firms. He then headed up the finance department at a property company, giving him a total of 8 years property specific experience, before starting at Boxwood.

At Boxwood, Fayaz is responsible for the outsourced finance of the Property Fund and Asset Management Company. This includes the management of treasury, overview of management reports, monthly reporting to investors and financial modelling.

With a passion for data analytics and asking ‘what if’, Fayaz spends the remainder of his time developing scenarios to manage the moving parts inherent in the answer. Sarah joined Boxwood as Head of Asset Management at its inception and played an integral role in the setup of the business.

Her first project was the upgrade of a c.R350m mixed-use asset in the city centre which achieved a 31% uplift in value within the first 12 months.

She is now responsible for the ongoing asset management of Boxwood’s circa R1.4bn Cape based commercial property portfolio and is involved in all aspects of the business. This includes tenant liaison and lease negotiation, acquisition selection and due diligence, redevelopment feasibilities and conceptualization, capital raising, marketing and general operations. Her strong financial background, analytical ability and creative eye serve her well in the role.

Sarah is a qualified Chartered Financial Analyst and holds both a B.Bus.Sc in Finance and a Bcom in Economics. 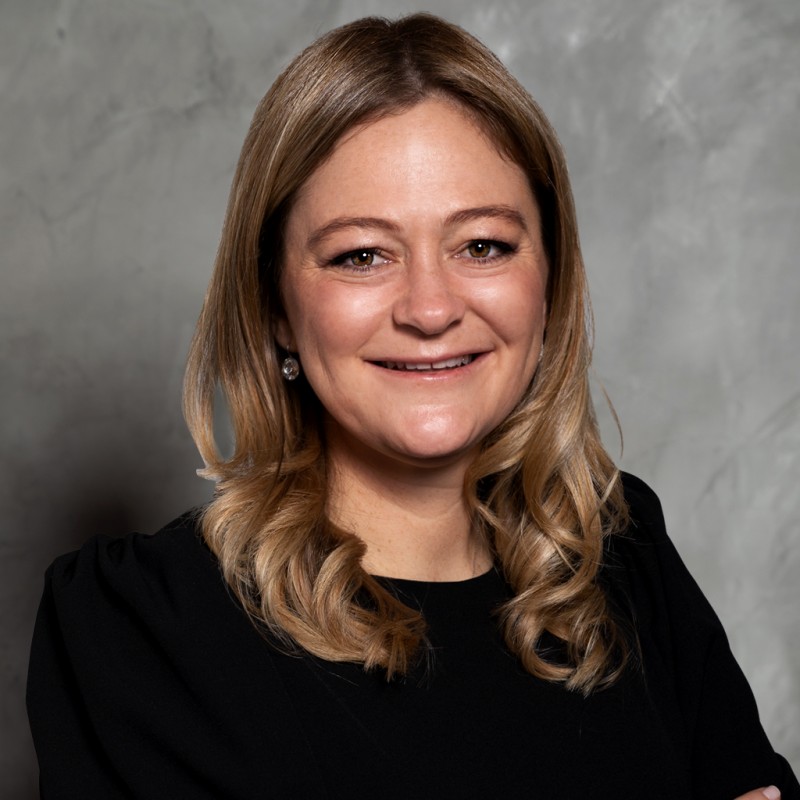 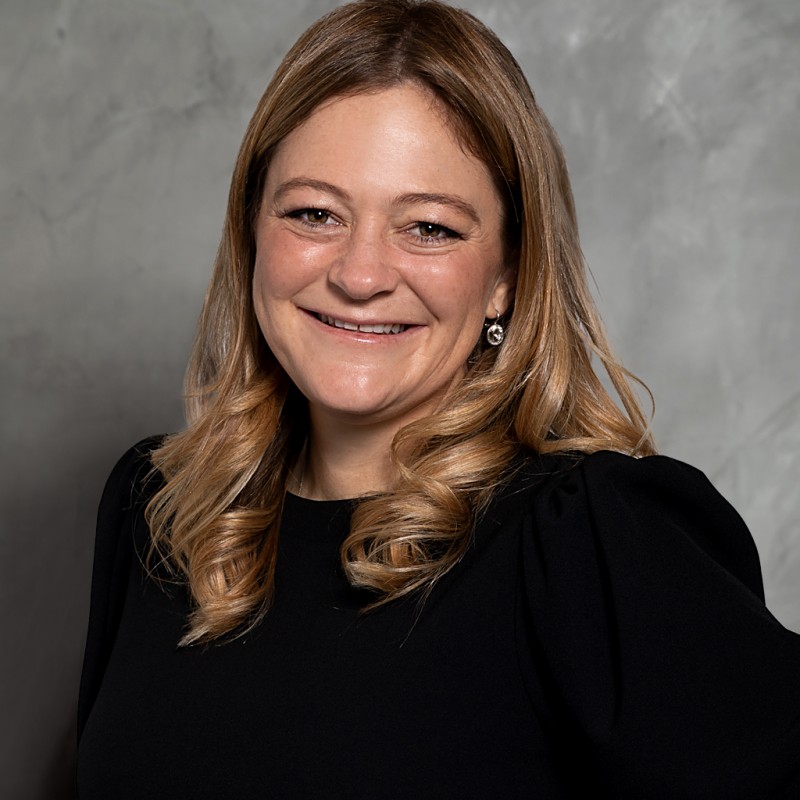 In June 2021 Catherine became the most recent addition to the Boxwood Property Fund Team.

Catherine has over 15 years of industry experience and has gained a wealth of knowledge and skills while working in various organisations accross the globe including Pretoria, London and Mauritius.

At Boxwood, Catherine is an Asset Manager responsible for the on-going asset management of Boxwood's exisiting portfolio, circa R1.4bn of predominantly Cape based commercial property and growing. Her duties include tenant engagement, lease negotiation, due diligence, re-development, acquisition selection, and general project management all while focusing on applying best practice principles. While adding value and sharing her skills Catherine will also directly lead and guide the asset teams.

Catherine has a keen aptitude for problem solving in matters of business, finance, systems and processes. She eagerly applies herself and has a real passion for people, the industry and her duties.

Catherine obtained a BSc Honours Degree in Quantity Surveying from the University of Pretoria and is accredited to various professional bodies holding both MRICS and PMAQS. 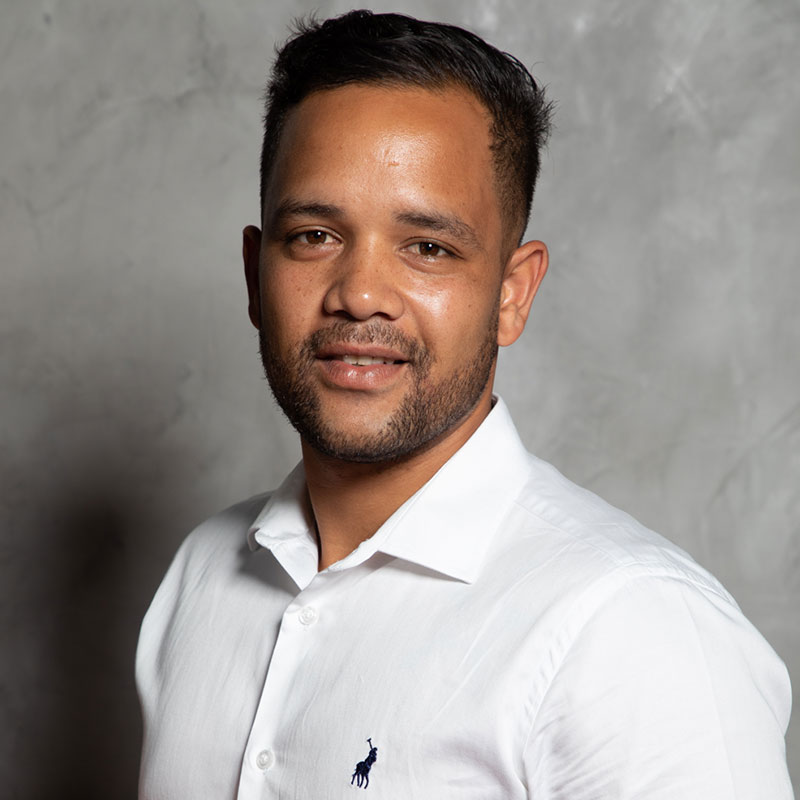 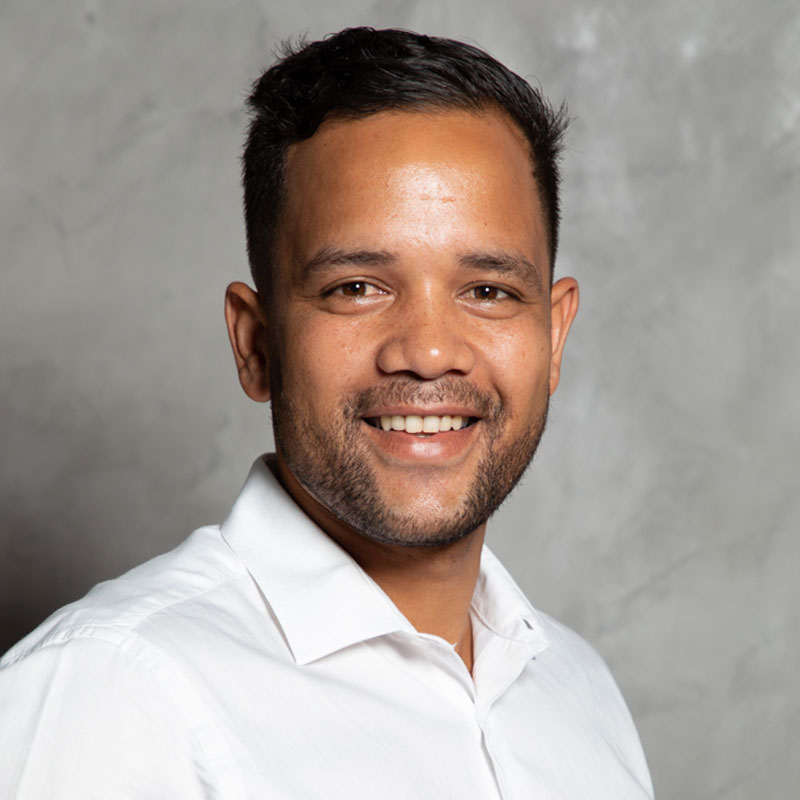 Lyle has held this position at Boxwood Property Fund since September 2019. He is responsible for development project conceptualization, the successful delivery of project governance and risk plans, managing external planning authority approval processes and managing and engaging with external consultants.

With over 8 years of industry experience, he has grown within the industry, remaining focused, hardworking, meeting expectations, delivering them and further adapting to ever-changing circumstances.

Lyle has previously had a similar role in the residential development sector bringing in valuable skills to a changing commercial market.

Since joining Boxwood Property Fund, Lyle has gained valuable skills in the execution of commercial conversions and has delivered key projects in a short time period. 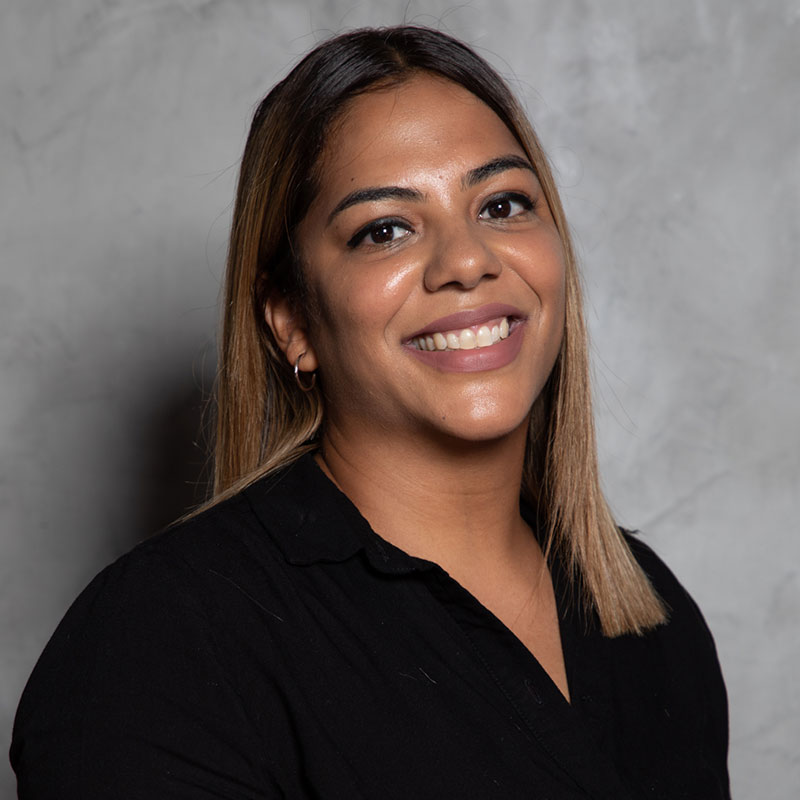 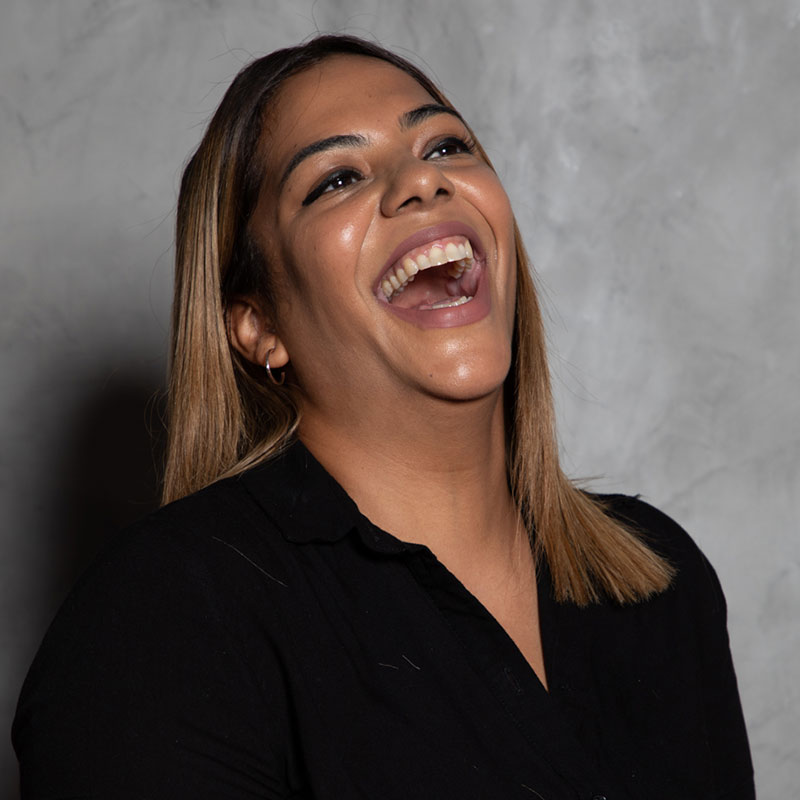 She has worked in various organisations over the years in different aspects of the business which has accumulated to over 10 years of administration experience.

At Boxwood, Saajidah is solely responsible for the management of the office.

Saajidah has exceptional reliability, quick skill-building and flawless customer service that will help manage a multitude of duties at Boxwood Property Fund.

Prior to her career, she completed her Paralegal Diploma at The South African School of Paralegal studies as well as a Secretarial Certificate at Montrose Business College.